As of this Friday, the 24th, all pregnant women who want to enter the United States will be subject to a more rigorous assessment.

The order was given on Thursday and aims to stop the so-called “birth tourism”. As of now, visa officials have more power to condition or prevent pregnant women from entering American territory.

Visas covered by the new rule are granted to anyone looking to visit the United States for pleasure, medical treatment or to visit friends and family.

Women who claim to arrive in the country for medical treatment, must prove it and ensure that they have money to pay for it.

In most cases, US officials admit that women do not lie when applying for visas, showing signed contracts with doctors and hospitals.

Trump's new move is part of the criticism that the President himself and the conservative political wing have long voiced about so-called “anchor babies” – those who on American soil for parents can later call on other family members.

In August last year, the American President said that he was "taking very seriously" the issue of the right to citizenship by birth. A child having American nationality just because the mother crossed the border "is ridiculous", he considered.

The same expression had already been used by Donald Trump in October 2018, when he stated that the USA was “the only country in the world where a person arrives and has a baby and the baby is a“ national ”citizen for 85 years, with all these benefits ”.

The truth is that citizenship by birth exists in at least 30 countries.

The guarantee of citizenship in the United States is given by the 14th amendment to the American Constitution (ratified after the Civil War in 1868), according to which all people born or naturalized in the country automatically become citizens of the United States. The objective was to guarantee ex-slaves and their descendants the same legal protection.

As this law cannot be changed by executive decree and its amendment involves a long process, Donald Trump decided to tighten restrictions on women who want to enter the country, taking advantage of the measures already taken to limit immigration.

Giving birth in the country has come to be considered “an unacceptable basis” for visiting the United States and the burden of proof falls primarily on pregnant women, who, if they say they are moving for clinical reasons (a reason considered legitimate for the visa eligibility), they will have to prove that they have enough money to pay for the treatments and that the care they are looking for was not available in their country of origin.

Consular officers will not be required to ask all women if they are pregnant (not least because the law forbids it), but they may apply an additional examination if, during the interview, they suspect that a woman is traveling to the United States specifically to give the light.

Pregnant women who are about to give birth are thus added to the (growing) list of unwanted immigrants in the USA, which also includes the poor, refugees and migrants seeking asylum.

The arguments (or lack thereof)

The new measures were communicated in a briefing to the press, in which representatives of the State Department (Ministry of Foreign Affairs in the USA) were unable to provide data on the risk that this type of tourism poses to national security.

But, at the end of the decree, the Secretary for Consular Affairs, Carl C. Risch, justified the implementation of the new rules by writing that "birth tourism poses risks to national security" since it "is full of criminal activities, including international criminal schemes ”.

Stephanie Grisham, responsible for the White House for communication with the press, maintained that the measure "will also defend US taxpayers, protecting the dollars they have earned from the sweat of their work from being diverted to finance the costs, direct and indirect, associated with birth tourism ”.

"The integrity of American citizenship will be protected," he concluded. 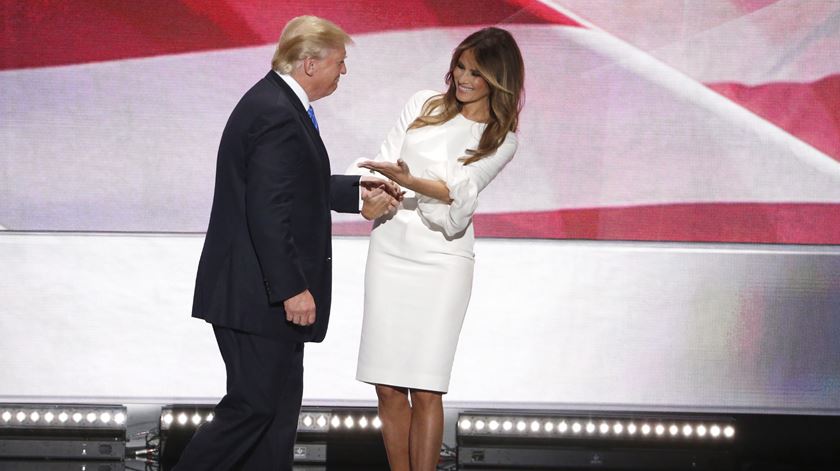 According to some sources, "birth tourism" is a lucrative business with dedicated companies that charge up to 80 thousand dollars (about 70 thousand euros) to facilitate the process. offering hotel rooms and medical assistance.

According to the Center for Immigration Studies (non-governmental organization), about 36,000 women traveled to the United States to give birth in 2012, having then left the country. Most would come from China and Russia.

Is an ‘echo pandemic’ of mental...